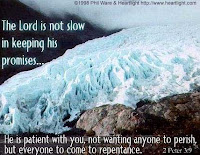 The Lord is not slack concerning His promise, as some count slackness, but is longsuffering toward us, not willing that any should perish, but that all should come to repentance. 2 Peter 3:9


If you're worried you committed the unpardonable sin (rejection of Christ forever) you probably haven't, if you had you wouldn't care.

Hearing the thought in my head that I'd committed the unpardonable sin kept me from seeking Jesus FOR YEARS, stupid devil. I still remember when I first heard the lie. I was about seven, and I was sitting in the back seat of my parents station wagon. It was night time. I heard the lie in my head so loud that I'd committed the unpardonable sin that I could have sworn that everyone in the car heard it, too. Scared me half to death. I believed the lie. I received the guilt. Ashamed, I buried the thoughts, didn't think I could ever talk to or come to Jesus (even though occasionally I tried), and didn't tell anyone about it for years. Every now and then when I tried to talk to Jesus, I'd remember the words I heard all over again and feel hopeless and like I was unworthy to approach Him.

Years later, as the Holy Spirit started wooing me, I began to hear a bombardment of the lies that I'd committed the unpardonable sin again. And right behind it came this voice, which I now know was coming from the Holy Spirit and I just knew I was supposed to say it aloud when I heard it. I heard, and confessed 'If there's even a 1% chance that I didn't commit the unpardonable sin I've still got a chance to serve Jesus and go to Heaven. I'm gonna take that chance.' Keep in mind, that in hearing this voice I hadn't even dedicated my life to the Lord yet. But saying it gave me power to believe there was STILL hope for me ... and there was.

I'm leaving you well and whole. That's My parting gift to you. Peace. I don't leave you the way you're used to being left - feeling abandoned, bereft. So don't be upset. Don't be distraught. John 14:27

I used to be in the clubs every night boozing and partying. Bless His heart, the Holy Spirit, tried so hard to get through to me any way He could. When I would be getting dressed and ready to go clubbing, He started telling me 'I love you.' I thought it was satan lying to me trying to get me to serve him. So I'd say back to the voice, 'I rebuke you satan, in the name of Jesus' ('cause I had a Christian upbringing). The Holy Spirit would say, 'I love you, MICHELLE.' I'd say, 'That ain't gonna work, I rebuke you satan, in the name of Jesus.' I just knew in my heart, wounded as it was, that Jesus certainly couldn't love ME. God forgive me, I was rebuking God because the voice was His, not satans. The Holy Spirit followed me right in to the clubs - I would be out on the dance floor, where I was so often, and it would be like there all of a sudden was no one on the floor but me (alone in the crowd). I felt so out of place. It was becoming less and less fun. The Holy Spirit was trying to change my desires, so that the wrong I was doing would no longer be fun for me, so that I'd see the void & need for Him that I was trying to fill with other things.

Looking back I love how the Holy Spirit kept working with me, refusing to give up on me, being patient, till I came to Him. It actually took severe heart and breathing problems to get me to the point of desperation (stupid stubborness) and to call out on my Jesus and ask Him to come into my heart (for the second time - the first time was twenty years earlier - I didn't stay in the Word and went back to my old self after a week).

The enemy's tactic - draw us away from God by planting seeds of doubt - RESIST. Don't live under the guilt and fear like I did, any longer ... Christ WILL NOT cast out any who come to Him with a sincere heart.

All that the Father gives Me will come to Me, and the one who comes to Me I will by no means cast out (drive away). John 6:37

Ultimately, rejecting Christ forever is the only way we can commit the unpardonable sin - come to Jesus and repent if you need to.

The Lord knows how to reach each of us.

Father, I pray that You quieten the voice of the enemy. Help us to trust and focus on Your voice alone, give us discernment for it. Remove any guilt that we've committed the unpardonable sin after we confess our sins to You. In Jesus' name, amen.
Posted by ** Michelle ** at 11:29 PM
Email ThisBlogThis!Share to TwitterShare to FacebookShare to Pinterest
Newer Posts Older Posts Home
Subscribe to: Posts (Atom) 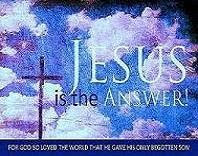 Me and My Mutt 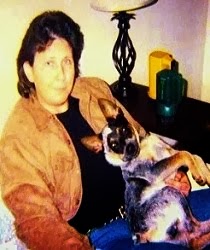